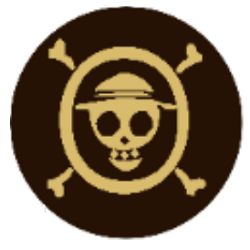 Here we are going to talk about a unique patching app named one pather that is also known as Unipatcher. One Patcher allows you to apply patches to the game ROM. Help you to modify the language and many other things in your gaming app.

Contents show
1 What is One Patcher?
1.1 App Screenshots:
2 Features of One Patcher
3 How to Use One Patcher?
3.1 How To Patch ROM Hacks On Android?
4 Conclusion.

The Uni patcher program may not allow you to hack and patch native android apps, it was created to patch old consoles for android apps and games. This can be used on Super Nintendo, Sony PlayStation, Nintendo, Sega Mega Drive, Gameboy, Sega Genesis, and APK, Game Boy Advance And IPS, UPS, BPS, PPF, DPS, XDelta 3 file types. it is compatible to patch with all these types of files.

What is One Patcher?

One Patcher is also known as Unipatcher. This app is especially for ML users to adjust skins, cheats and so many hacks in action. It is an android based app that allows users to apply patches to the game ROM. Now maybe some of you guys are wondering about what is a patch, let’s explain it, The patch is a file that has modified data for games. Similarly, xZon patcher is working in the same dimensions on Mobile Legend bang bang.

Let’s explain it with examples. Suppose you have a game that was translated from Japanese into English. Download the patch containing your translation. It is necessary to apply to the Japanese version to get the English version. it has some extra features such as Fix checksum in sega mega drive ROMs and adds or delete SMC header in Super Nintendo ROMs

Features of One Patcher

It is Helpful with translations. You can translate it with your familiar language

Many other new and useful translations updated (thanks to everyone involved)

All are Fixed from where some files could not be selected

If you have any suggestions and ideas for a new feature Now you can ask a question on the comments page without any hesitation. All your suggestions will be noted and try to update them as soon as they can.

How to Use One Patcher?

It is very very simple to use. follow these steps and enjoy its amazing features:

How To Patch ROM Hacks On Android?

now we are going to explain the method of how to patch ROM hacks when android downloads so let’s go here. First of all, make sure you have the correct game file and matching patch file. Then download the ZArchiver app. After that, you need to download the app Unipetcher or One Patcher away from the Google Play Store.

If you have a .7z file, use ZArchiver to unzip it and get the .nd z or .gba file. Then open Unipetcher and click on the three lines in the corner and once you select the corresponding game file and patch file then select “Patch”, you can choose to rename the patch file which I’ll get to you before I save. In time, you’ll receive a notification informing you that if something went wrong or if your file was successfully patched, enjoy it!

If you also love to modify your android app then One Patcher is for you. You can download it from our website without any hassle. And don’t get to share this amazing app.