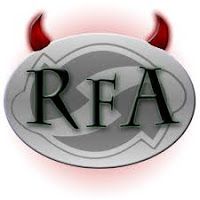 You are a common man, who barely knows about hacking, so you need to download Reaver APK from the given download link, install it on your phone and this will help you in getting the password of a nearby internet connection.

Internet and WI-FI have become essential parts of our lives. We are living in the age of digital marketing where people connect with each other and purchase the stuff needed. So, at that age, where shopping and household things buy rely on the internet. How you can live without it.

So, suppose you are visiting someone, or you have to live in a place where you go no internet. You need to do something to access the nearby WI-FI connection. Plus you are not a programmer or hacker to tweak your fingers and take what you want over here.

What is Reaver RFA?

Reaver APK is developed by network and solutions group to get to know the loopholes in an internet connection or server.

You need to download it from the given download link, install it on your Android phone or tablet. Before this (RFA) was only used on the desktop to hack nearby internet connections.

Now Reaver has been developed, and happily available to use on Android phones. You should also download BcMon. This will help you in monitoring the traffic of that network.

The use of Reaver is simple, though the app takes time to accumulate the total figures or to give you a key to a network, but, this works for sure on any network.

Before this only WPS were supposed to be hack and WPA2 is considered as one of the secure and safe settings. But after developing Reaver APK, now WPA2 also not safe.

Reaver works like a brutal force, it attacks a given provider network and tries to provide the different imaginary keys, after trying one and another. It finally reveals the correct key to that network.

You have no need to know the internal operations. But take care of one thing while installing BCMON. You have to root your phone before installing it.

Otherwise, it will crash and not install on your device.

So, root your phone first, install Reaver then install BCMON to get an idea about traffic or attacking the network.

It is only made to check the security vulnerabilities in a network. Any wrong or illegal use of this application can fall you trouble.

So, have this user-friendly and GUI application to check the security loopholes in your network. Prank your neighbors by letting them know, their network can be hacked by someone.

So, you give them the idea of how to fix that loophole. So that an attacker could not get into their network.

Download this and BCMon from the links below hope the download links will be working fine. Start your application to get by the below button on Reaver (RFA) for Android.